In sickness and in health, Lindsay Lohan and the American court system are together forever. The actress flew out to Los Angeles yesterday for a court hearing. 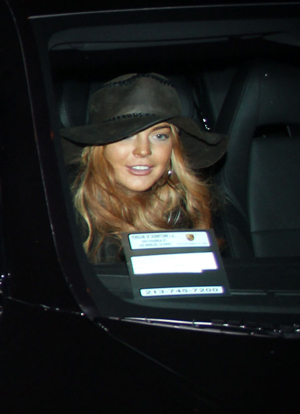 Never a dull moment with this gal, eh?

So, Lindsay Lohan is scheduled to appear in court today to answer for the charges of violating her probation, and has only recently touched down in L.A. after initially stating she would not be attending the hearing.

The 26-year-old sent out a notice to Judge Stephanie Sautner yesterday, stating she has come down with the flu and cannot fly out to Los Angeles from New York City. But then, lo and behold! Lohan was spotted at the airport, catching a flight out west later that day… What a warrior princess.

LinLins is being charged with obstruction, providing false information to an officer and driving with wanton disregard. The hearing today will determine whether she violated her probation.

The probation stems from the necklace theft incident in 2011, over which Judge Stephanie Sautner also presided… It’ll be like old friends reuniting!

We shall see what the verdict on Lohan’s situation will be. Stay tuned!