Timbaland is not letting this go. The rapper-producer is suing his insurance company over an unpaid claim for his stolen million-dollar watch. 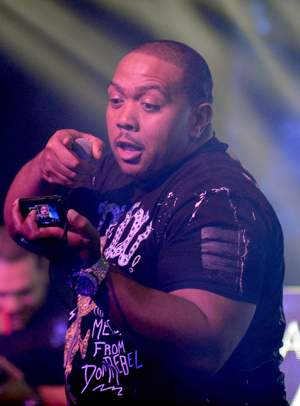 Timbaland (real name Timothy Mosley) is suing his insurance company for an unpaid claim: a watch that was stolen over two years ago.

The lawsuit, filed last month, alleges that Timbaland paid upward of $50,000 to American Home Assurance Company to insure an array of luxury items, which happened to include his diamond-encrusted Jacob & Co. watch worth an estimated $1.8 million. The timepiece was stolen in August 2010.

Well, American Home Assurance is attempting to transfer the suit from state court to a federal court in Miami. It hasn’t been approved yet.

The lesson here is this: Do not purchase a watch for $1.8 million. It can be tough, we know, but try not to. Opinions?

Lady Gaga and Tony Bennett to record an album together!
Adele to perform at the Oscars!
Taylor Swift is back in the studio, y’all!