Ah, the French… They always have the best stuff. Natalie Portman and husband Benjamin Millepied are moving to Paris in the coming year. 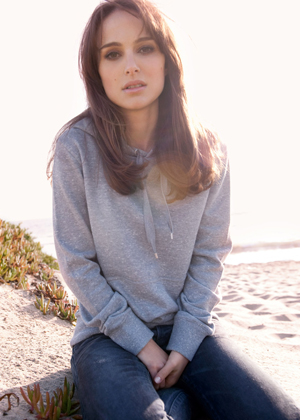 Alas, the beautiful, wonderful Natalie Portman shall not be gracing the United States of America much longer.

The Oscar-winning actress is following her hubby, Benjamin Millepied, to France, where he has accepted a position as the new director of the Paris Opera Ballet. His new job kicks off in September 2014.

“I certainly knew about the position, but I also knew that there were candidates from within the company. I was surprised, but I felt very quickly that the artistic dialogue between us was an exciting one,” Millepied told The New York Times, referring to his meeting with Stéphane Lissner. “After a while I did feel there was a really good chance I might get the position. Which made my head spin.”

Of course, Portman shall follow her other half to the land of the French people, along with their son, Aleph. The couple started dating in 2009 and married in an intimate ceremony in August 2012.

Well, then, bonne chance! North America will not be the same… What do you think?