Exciting, exciting! Lady Gaga and Tony Bennett’s recording sessions were not just a one-time deal. The two might release an entire album together! 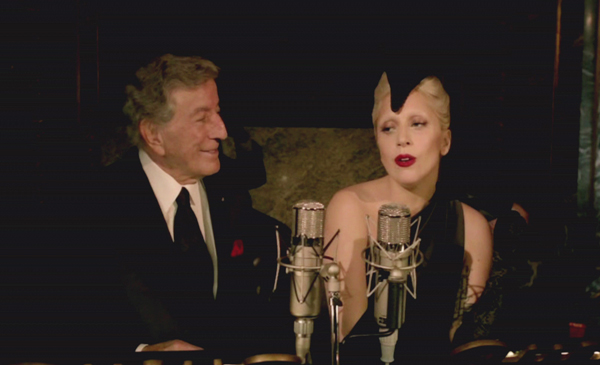 Splendid news! It turns out Lady Gaga‘s duet with Tony Bennett on “The Lady is a Tramp” was just the beginning of a musical super team.

After performing the song at President Obama‘s inaugural ball in Washington D.C., Gaga has bequeathed upon the populace of the world that she is planning to collaborate with Bennett on something a little more extensive.

“I had the most amazing evening with The President, First Lady & The Whitehouse staff,” the songstress tweeted, later posting a photo of herself and Bennett with the caption, “And here’s me and my handsome date, I simply cannot wait for our album together, he’s my darling!”

Gaga is currently finishing up her next album, Artpop. Can she also be developing a collaborative effort with Mr. Bennett? That would be the biggest album — ever.

What do you think? Do the two complement each other enough for an entire album?