Aretha Franklin has decided to voice her support for the wonderful Beyoncé and stated that lip-synching was the right decision given the weather. 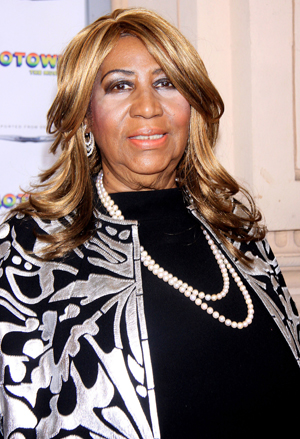 Since everybody jumped on Beyoncé‘s case for lip-synching at President Barack Obama‘s inauguration, Aretha Franklin decided to reel in some R-E-S-P-E-C-T for the talented songstress.

“When I heard the news this evening that she was pre-recorded, I really laughed,” Franklin told ABC News. “I thought it was funny, because the weather down there was about 46 or 44 degrees, and for most singers, that is just not good singing weather.”

Franklin then added, “I thought it was really funny, but she did a beautiful job with the pre-record… Next time I’ll probably do the same.”

In case you don’t remember, Franklin sang live at Obama’s first inauguration back in 2009.

“Had I not had to sit that long, I had to sit for 45 or 30 minutes, and it was much colder. It was in the 20s,” the singer stated. “I just wished I could have sung the moment I got there. If I could have walked on immediately and sung, it wouldn’t have affected my voice the way it did.”

See? Beyoncé was just thinking of what was best for the performance! It was her voice on the recording; it’s time to put this story to bed. Even Aretha agrees.