Despite crazy rumours about Lindsay Lohan dating The Wanted’s Max George, they turn out to be straight-up falsehoods, as confirmed by the boy bander himself. 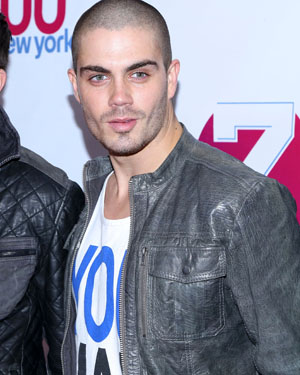 If you were wondering whether or not Lindsay Lohan and Max George (of the boy band The Wanted) are dating, the answer is no.

The rumours were cleared by George himself when a fan inquired, tweeting him, “From Michelle to Lindsay Lohan? Seriously Max?”

To which he responded with a “nnooooooo.”

Read about the hazards of university life >>

That’s a pretty concrete response — no leeway — “Michelle” being a reference to Michelle Keegan, the boy bander’s ex-girlfriend and ex-fiancée.

You know someone is serious when they use the phrase “1million %.”

It does appear that Lohan is having loads of fun hanging out with the fellas of The Wanted, but we were hoping for a lovely romance somewhere in there. Are they actually just friends? Reeeally?

What’s your opinion? Is this a facade, or are the two just pals?