After breaking up with Harry Styles a few weeks ago during a vacation, Taylor Swift has flown to London for business, but a rendezvous with the One Directioner is not out of the question. 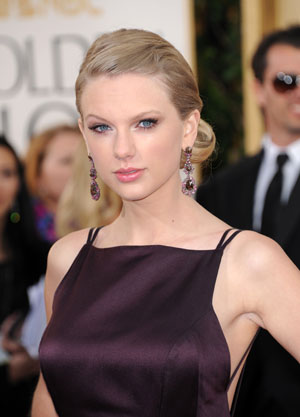 Ooh, intrigue! We love us a good conspiracy theory.

So, here’s the set-up: Taylor Swift jetted overseas to London, where Harry Styles is currently spending his few days off. Does it mean a reconciliation is in the works? A casual, friendly meet, perhaps? Oh, the possibilities!

According to Swift’s rep, the songstress is in town to perform at several award shows and to pose for a few magazine shoots.

But that doesn’t mean she can’t find time for a particular One Directioner, right?

“Once she disembarked, she was met by a bodyguard and a driver, who took her straight into central London,” a source told E! News. “She is staying at a London hotel. She seemed excited to be here. She was heard saying how pretty London looked (it’s covered in snow at the moment).”

See how Taylor and Harry spent her 23rd birthday >>

The couple reportedly broke up a few weeks ago during a holiday in the British Virgin Islands, and Swift has already returned to the studio (possibly to write a Styles-themed breakup song).

Let’s keep an eye on these two. We’re sure some photos will turn up. What do you think?