Award season is upon us, and the Golden Globes are over. Let’s see who won what and who lost what, in preparation for the Oscars. 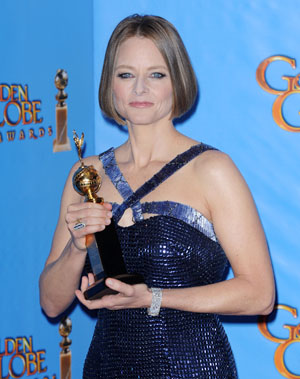 Well, the Golden Globes have come and gone. Now it’s time to dissect!

The award ceremony was hosted by Tina Fey and Amy Poehler, both of whom looked stunning and kept us laughing the entire night. Perfect hosting choice! We were rolling on the floor with the Taylor Swift jokes…

But let’s get to the meat of this business… Ready, set, go!

So the winners, for the most part, stayed pretty true to all expectations, with a few exceptions.

Let’s start with the ladies. Jessica Chastain picked up the Globe for Best Actress for her role in Zero Dark Thirty. Anne Hathaway received the Best Supporting Actress award for Les Misérables and was incredibly adorable the entire time. Now, this one is a surprise: Jennifer Lawrence won Best Actress in a Comedy or Musical for Silver Linings Playbook, beating Judi Dench, Meryl Streep, Emily Blunt and Maggie Smith — that’s an achievement!

On to the men… Daniel Day-Lewis won the Golden Globe for Best Actor for his role in Lincoln — no surprise there. Hugh Jackman picked up a Globe for Les Misérables, and Christoph Waltz won Best Supporting Actor for Django Unchained.

On the television side, Homeland and Game Change picked up three awards each. The surprising win was HBO’s Girls, which picked up Best Television Series Comedy or Musical, besting Modern Family, Smash, The Big Bang Theory and Episodes.

This will be dedicated solely to Jodie Foster. The actress picked up the Cecil B. DeMille Award last night and gave a speech of a lifetime. Introduced by the gorgeous Robert Downey Jr., Foster (looking beautiful) took the stage and went on to criticize the public’s obsessive interest in the private lives of celebrities, the reluctance or rejection of established normality and, finally, confirmed what we already knew — Ms. Jodie Foster officially came out as gay at the Golden Globes, y’all. We applaud her for the well put together, eloquently delivered speech and congratulate her on the award. Best surprise ever.

A few special shout-outs to the gorgeous people at the Golden Globes! First of all, Tina Fey and Amy Poehler looked incredible. We mean, really drool-worthy.

Zooey Deschanel looked so stunning in her Oscar de la Renta gown, we almost cried. Somehow she managed to capture that retro look without overdoing it.

Kate Hudson looked perfect in her black Alexander McQueen gown with gold neckline embroidery and belt detailing. The fit really brought this one home — so flattering.

And finally, did anyone see Sofia Vergara in that beaded strapless dress? Our self-esteem disintegrated as soon as we saw her… What a woman!

So there you have it — the Golden Globes 2013. Thought? Opinions?