Finally some gender equality in the royal house. Queen Elizabeth has overturned an old issue and declared that the first offspring of the Duke and Duchess of Cambridge will be “Prince” or “Princess.” 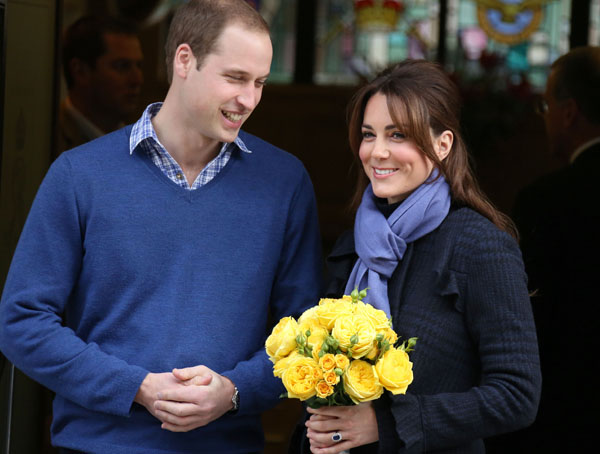 Grandmum’s got your backs, kiddies!

Queen Elizabeth II has decreed that the first offspring of the Prince of Wales will possess the title of “Prince” or “Princess” and will be referred to as His or Her Royal Highness.

This ruling overturns an issue of King George V’s in 1917, which dictated that only the eldest son of the Prince of Wales may claim the title of “Prince”; a daughter, on the other hand, would have no such honour.

So basically this is good news for Prince William and Kate Middleton. Queen Elizabeth is clearly in tune with modern times and has decided to tweak the previous decree.

“All the children of the eldest son of the Prince of Wales should enjoy the style, title and attribute of Royal Highness with the titular dignity of Prince or Princess prefixed to their Christian names,” read the queen’s decree, officially titled Letters Patent.

Is anyone else surprised that the queen can still issue decrees? We figured she was just a decorative piece of the British parliament. Whoops!

This is an excellent addition to the Succession to the Crown Bill published last month, which declared the first child of William and Kate to be the heir to the throne, regardless of gender. This, of course, was of historical significance, since throughout the ages, men had the immediate advantage to the throne simply based on their sex.

Way to go, Lizzie! What do you think?