While most of us are trying to look young, Emma Watson is doing the opposite. The actress was stopped at an airport on suspicion of being an unaccompanied minor. 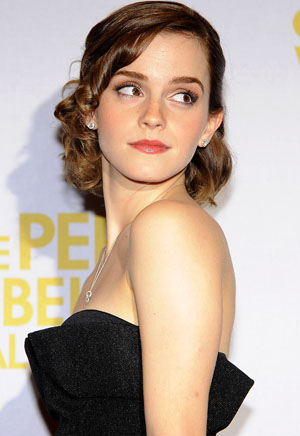 She’s a full-fledged adult — don’t mess with that.

Emma Watson found herself in a bit of a tough spot at an airport during the holidays, when the security staff were convinced she was an unaccompanied minor. That’s correct — they thought she was a child.

At least she won’t have to worry about anti-aging concoctions for a while. Just slap a backpack on this girl, and she’ll pass for a 12-year-old.

“The really sad thing is that this is not the first time this has happened,” Watson added.

Well, we’d rather pass for a minor than an old lady any day of the week. So enjoy this magical time while you still can, Emma! Come on, quit the complaining.

What do you guys think? Does Emma really look that young?