The son of Ottavio and Rosita Missoni, Vittorio, is missing after his plane went off the radar on the way to Caracas in Venezuela. Vittorio also happens to be the marketing director of the Missoni fashion company. 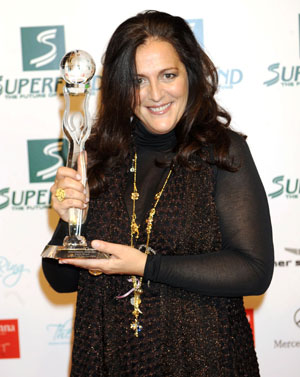 Some disheartening news for the fashion world, y’all.

The marketing and commercial director of the Missoni fashion house, Vittorio Missoni, has been declared missing after his plane disappeared in Venezuela.

Vittorio — son of the founders of the fashion company, Ottavio and Rosita Missoni — was vacationing in Venezuela with his wife, Maurizia Castiglioni, and four friends. Missoni was travelling on a small plane when it went off the radar; his wife and two friends were on board along with two others. They were headed to Caracas. A search mission is ongoing, per the Venezuelan minister of justice and interior affairs.

“The small plane they were travelling on has disappeared,” the Missoni fashion house stated. “This is all the information currently available. We are relying on the work of the Farnesina [Italy’s foreign ministry] and all the institutions involved, to whom we are grateful for the prompt activities in the research. As more information becomes available the company will issue further statements.”

Vittorio and his two siblings play large roles in the Missoni business. Luca Missoni was the menswear designer until 2008 and has now taken on the creative director position, while Angela Missoni (pictured above) has assumed the menswear design duties.