Never trust anything that comes for free… Lesson learned! A woman is claiming severe trauma after being caught in a wild crowd of fans at a free Jonas Brothers concert. 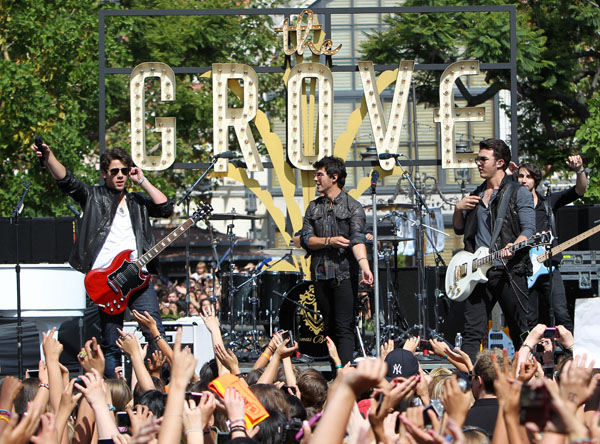 A woman, Ashleigh Johnson, is suing Jonas Brothers Enterprises for negligence, after being trapped in a frenzied crowd of fans at a free Jonas Brothers concert at The Grove in Los Angeles — over two years ago.

Johnson claims the venue and the band were aware of the mass number of fans expected to attend the concert and did not take appropriate precautions to ensure the safety of their patrons.

She alleges to have been pinned against a fence by the mob and suffered “severe injury to her body and shock to her nervous system.” Johnson is seeking unspecified damages.

We believe fault lies with the venue, not the band. The Grove’s management should have run estimates and placed the necessary security staff. But since the incident happened two years ago, we’re not sure how it will all come together in court.

The Jonas Brothers have not responded yet. Opinions?

More on The Jonas Brothers

So long, Mickey! Jonas Brothers leave Disney record label
A Jonas Brothers reality show? Why in the world?
Miley Cyrus: “New Jonas song is about me!”