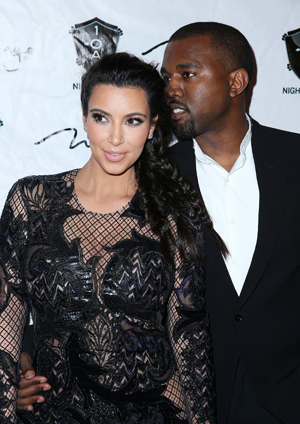 Since revealing that she’s with child, the whole world is endlessly curious about every single detail of Kim Kardashian‘s pregnancy — like, will the baby have Kanye West‘s chin or Kim’s?

The reality star threw a New Year’s party at 1 OAK Nightclub in Vegas and took some time to answer media questions of mass importance. For example, what is her biggest craving thus far?

“Sushi, but I know I can’t really have it, so I’m eating a lot of carrots and celery with lots of ranch,” Kardashian told E! News.

Kim also revealed whether she’d like a boy or girl, stating, “No preference. I just want a healthy baby.”

As to those ever-important New Year’s resolutions, Kardashian told E! she just wants to keep fit and healthy during her pregnancy. That sounds like a good one to us! We wonder what Kanye’s resolutions are…

And now we’re craving sushi too. Way to go, Kim!