Justin Bieber was indirectly involved in a car accident that killed a young photographer who was attempting to get shots of the star in his Ferrari. 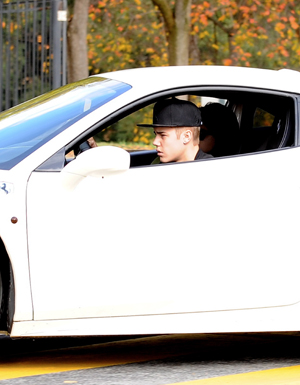 Justin Bieber is calling for more stringent laws for paparazzi, after a photographer died whilst trying to get pictures of the pop star in his car.

The 29-year-old photographer, identified as Chris Guerra, was struck by a vehicle while snapping pictures of Bieber’s white Ferrari in Los Angeles.

The 18-year-old singer’s car was pulled over by California Highway Patrol on an off-ramp, but it was actually the star’s friend behind the wheel (Bieber was not present at the scene). Guerra got out of his car to take his shots and was struck while running back to his vehicle after being requested to leave by the police. He succumbed to his injuries at the hospital.

“While I was not present nor directly involved with this tragic accident, my thoughts and prayers are with the family of the victim,” Bieber said in a statement. “Hopefully this tragedy will finally inspire meaningful legislation and whatever other necessary steps to protect the lives and safety of celebrities, police officers, innocent public bystanders, and the photographers themselves.”

Evidently the current laws are not effective at preventing celeb-photog scuffles or ensuring safety for both parties. We agree with Biebs and call for reformation!