No one ran away this time! Hugh Hefner and Crystal Harris finally got married without any drama — at least for now! 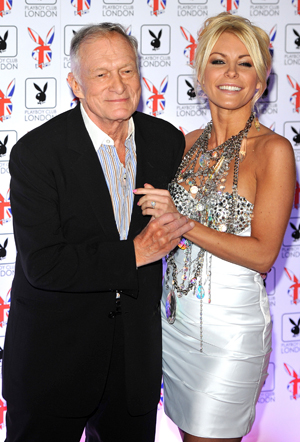 Hugh Hefner is beginning the new year with a new title: husband!

The Playboy founder and his 26-year-old girlfriend, Crystal Harris, tied the knot at the iconic Playboy Mansion in front of close family and friends. Third time’s a charm, eh?

Mrs. Hefner, as she henceforth will be known as, took to Twitter to share a few wedding photos and express her excitement pre-walking down the aisle:

The couple was previously engaged, and then Harris called it off days before the wedding. Shortly after the two got re-engaged and now have finally tied the knot. It wasn’t easy, but they did it!

Hefner has previously been married twice and has four children. This is a first marriage for Harris.

Congrats to the happy married couple! What do you think of this match?