Ah, l’amour… Shia LaBeouf has found himself a new boo in Nymphomaniac co-star Mia Goth. The two were spotted out and about in California. 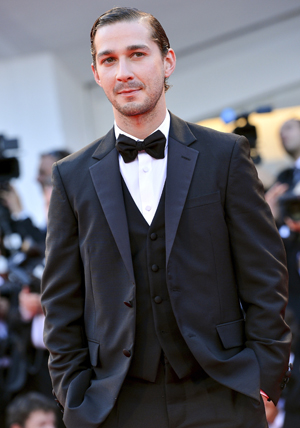 Ah, that solitary glimmer of hope has been extinguished…

Shia LaBeouf is no longer single, y’all. The 26-year-old actor is dating his Nymphomaniac co-star, Mia Goth. We suppose this also means he’s no longer with Karolyn Pho, whom he’s been courting for the past two years.

The new couple has apparently been together for a mere month, but the romance is blossoming. It makes a lot of sense, considering the two share real, unsimulated sex scenes in the newest Lars von Trier film.

The duo was photographed in Ventura, California, grabbing coffee and being all cozy together, which confirmed the longstanding relationship rumour. We’d also like to point out that Goth is 19 years old and not only dating a 26-year-old but acting out real sex scenes in a film. We cry.

Nymphomaniac is slated for release on May 30, so get that popcorn ready.

What do you think of this new couple? Opinionate.