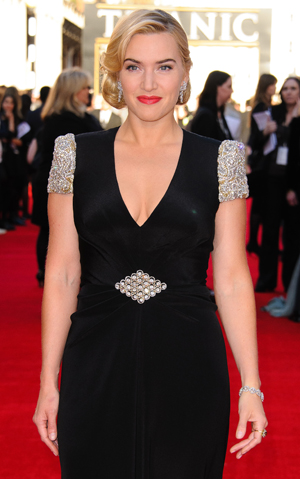 It’s not Jack, but we suppose this guy will do…

Kate Winslet walked down the aisle for the third time, with boyfriend Ned Rocknroll, early this month in an incredibly secret, private ceremony in New York.

Can we take a moment to bask in the fact that Winslet married a man surnamed “Rocknroll”? OK, moment over.

The ceremony was “attended by her two children and a very few friends and family.” Some reports claim Leonardo DiCaprio gave the bride away. If it’s true, how adorable is that?

Ned Rocknroll — real name Abel Smith — is the nephew of business magnate Richard Branson. He met Winslet at his uncle’s villa in the Caribbean in 2011, when a fire broke out and the guests had to evacuate. They’ve been together ever since.

Congrats to the happy couple! Should we call Kate “Mrs. Rocknroll” now? Opinions?