This is all kinds of exciting! Screen newcomer Rebel Wilson has been named the host of the MTV Movie Awards in 2013. Will she sing? Will she dance? Maybe. 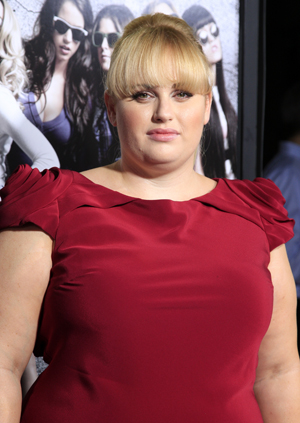 How exciting is this? The Bridesmaids actress will be skilfully conducting the awards ceremony scheduled to air on April 14, 2013. We wonder if singing will be involved…

We’re glad MTV has chosen a female comedienne to host next year’s ceremonies. It goes in stride with the Golden Globes choice to have Tina Fey and Amy Poehler leading the award show. Way to go, ladies!

Do you think Wilson’s a good host choice?

iCarly and Victorious spinoff a go-go!
Boy Meets World‘s Rider Strong not in the spinoff
Angus T. Jones to leave Two and a Half Men?