Ben Affleck, you piece of perfection! The actor spoke about getting involved in the world of politics while testifying about the crisis in the Congo. 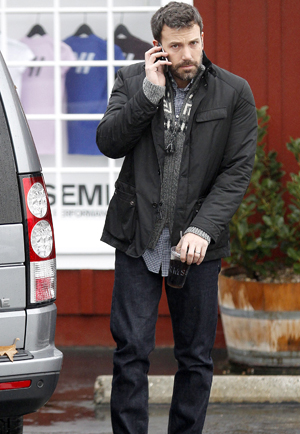 Just another day in the life of this guy…

Ben Affleck casually showed up to testify before the American Congress about the crisis in the Congo and then sat down for an interview with Face the Nation‘s Bob Schieffer. And boy, does this man know what to say!

While the actor is an extraordinary and politically outspoken activist on behalf of the Congo, when asked if he’d consider assuming a senator’s seat in his home state of Massachusetts, Affleck is not so keen…

“For one thing, the state of Massachusetts currently has two extraordinary senators, so there is no vacancy,” the actor stated. “Well, one never knows,” Affleck continued. “I’m not one to get into conjecture. I have a great fondness and admiration for the political process in this country. It’s a big deal for me to come down here and be on your show… But I’m not going to get into speculation about my political future.”

The actor added, “I’m really happy being involved from the outside in government, advocating for the Congolese, taking this movie that I made, Argo, that’s really become a springboard for dialogue about our relationship with Iran, which, as Hillary Clinton said, is the most pressing foreign policy issue today, so… I got a lot on my plate.”

OK, can we all just take a moment to bask in the glory that is Ben Affleck’s linguistic prowess? He may not be running for office, but he definitely has what it takes. Cue applause. Well spoken, concisely put.

Do you think Affleck would make a decent or adequate politician? Opinionate!

Kristen Stewart to co-star with Ben Affleck in a comedy
Ben Affleck breaks off mirror from car, leaves note
Ben Affleck drops out of Focus