Well, then… People have no sense of commitment anymore. Just a little while after Kristen Stewart joined the comedy Focus, Ben Affleck dropped out of the lead role. What happened? 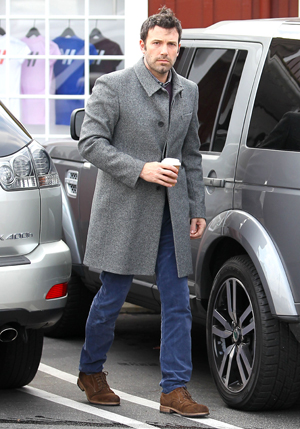 Just as we were getting excited about it…

Ben Affleck has dropped out of the film Focus, just a few weeks after Kristen Stewart joined the cast.

The 40-year-old actor was set to play a seasoned con artist who meets the inexperienced Stewart, and the two have a romantic rendezvous. Now it is no more!

Affleck reportedly dropped the project due to a scheduling conflict. Is anyone surprised? Let’s see: The actor is currently doing promotional appearances for Argo; he is directing, writing, producing and starring in Live by Night; and he is developing The Stand and Whitey Bulger. It turns out he does not have infinite time…

We’re disappointed nonetheless. We expected great onscreen chemistry between Affleck and Stewart. No word yet as to who will replace the actor, but shooting is scheduled to begin in April.

These celebrities are always yanking our emotional chain… We’re fragile as it is.

Opinions? Who should replace Affleck?