Angelina Jolie is a magical basket of talents, in case you needed reassurance. The actress will try her hand at film directing once again, with a true story adaptation of Laura Hillenbrand’s novel. 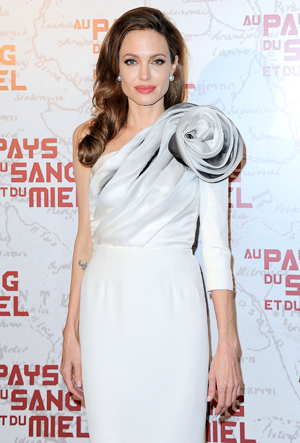 Oh Angie, you are really something.

The always beautiful Angelina Jolie is in talks to direct a World War II film, Unbroken, for Universal Pictures and Walden Media. Intrigued?

The movie is an adaptation of a non-fiction novel, Unbroken: A World War II Story of Survival, Resilience, and Redemption, by Laura Hillenbrand. It tells the true story of Louis Zamperini, an Olympic athlete whose plane crashed in the Pacific during the war and how he held on to a raft for 47 days before being captured by the Japanese and forced into a prisoner-of-war camp.

“I read Laura Hillenbrand’s brilliant book, and I was so moved by Louis Zamperini’s heroic story, I immediately began to fight for the opportunity to make this film,” Jolie explained in a statement. “Louis is a true hero and a man of immense humanity, faith and courage. I am deeply honoured to have the chance to tell his inspiring story.”

The latest draft of the movie script was actually penned by William Nicholson, who’s the man behind Elizabeth: The Golden Age, Gladiator and, most recently, Les Miserables. This would be Jolie’s first directorial project for a major studio. She made her debut only last year with the film In the Land of Blood and Honey. Sounds like an excellent team, though!

We are incredibly excited about this project and the film adaptation of Hillenbrand’s amazing book. What do you think? Is Jolie right for the part?