No one makes us more warm and fuzzy inside than these two. Katie Holmes and Suri had a delicious outing in New York, making cupcakes at a shop. 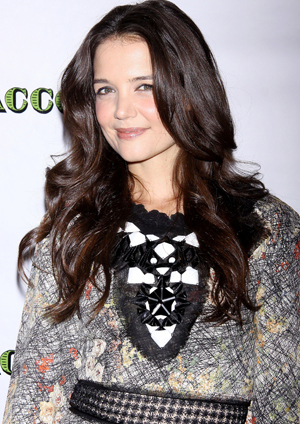 There is a whole lot of cuteness happening here…

Katie Holmes and her little mini-me, Suri, indulged in a bit of baking at the Georgetown Cupcake shop in New York for a friend’s birthday party. How adorable is that?

“So much fun having Katie, Suri & friends for cupcake decorating at @GTownCupcake Soho today!!” the owners tweeted.

Who is not in love with these two? Holmes is one of the few celebrity mums to really dedicates herself to the well-being of her child, and we love her for it. Plus, she also takes the subway like regular folks… Bonus points for normality!

We kind of want to take a trip to New York now, just to make cupcakes… Just us? Opinions?

Katie Holmes tells ELLE “I know who I am” prior to split
Are Tom Cruise and Katie Holmes dunzo?
Katie Holmes returns to her Catholic roots