We did not see this coming! After a year of dating, Kelly Clarkson and boyfriend Brandon Blackstock have gotten engaged. 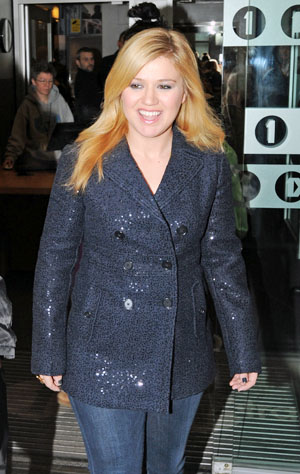 Sorry, fellas. Someone liked it and put a ring on it.

Kelly Clarkson is now engaged to boo, Brandon Blackstock! ‘Tis the season to be jolly indeed.

The 30-year-old singer and American Idol veteran tweeted the happy news: “I’M ENGAGED!!!!! I wanted y’all to know!! Happiest night of my life last night! I am so lucky and am with the greatest man ever :)”

The couple has been dating for over a year, and Blackstock happens to be the son of Clarkson’s manager and Reba McEntire‘s stepson. Surprisingly, back in October, the songstress did not have marriage on her mind just yet…

“We’re taking it slow, and we’re enjoying each other,” Clarkson had told Ryan Seacrest. “I’m from a family of broken marriages, but we will definitely break that trend one day.”

That day is sooner than she anticipated! Admit it — you are excited to see her in a puffy white dress…

We’re very happy for the couple. They have some planning to do! Thoughts?