There’s no such thing as too much information in Hollywood. Matt Damon shared a few beautiful details about his new HBO film with Michael Douglas. Enjoy! 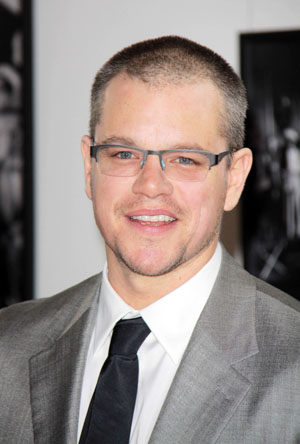 Hey, you know what visual you do not want in your head? Michael Douglas and Matt Damon naked together. But it’s happening…

“Normally I’d say no to nudity, but I just did a lot of it playing the long-term partner of Liberace, Scott Thorson, in Behind the Candelabra,” he told the magazine. “I mean, it’s tastefully done… but the movie’s not going to be for everyone.

“For one scene, I had to come out of the pool, go over to Michael Douglas, straddle him on a chaise lounge and start kissing him. It’s not like I kiss him just once. We drew it up like a football plan.”

Now, anytime the word “straddle” comes into play, one gets a very vivid picture, no? Thank you, Matt Damon, for giving us a reason to go into therapy. But obviously you’re wondering if Douglas is a good kisser or not, right?

According to Damon, “Michael was a wonderful kisser.”

That is wonderful news.

The film is based on a novel about Scott Thorson’s (Damon) relationship with musician Liberace (Douglas), and it’s scheduled for release in 2013. We will leave you with this fantastic imagery.

Angry Birds: The movie?
Kristen Stewart to co-star with Ben Affleck in a comedy
Peter Jackson defends The Hobbit as a trilogy