We want to celebrate our birthday just like Taylor Swift, complete with a Golden Globe nod, a new music video and an array of cupcakes from Harry Styles. 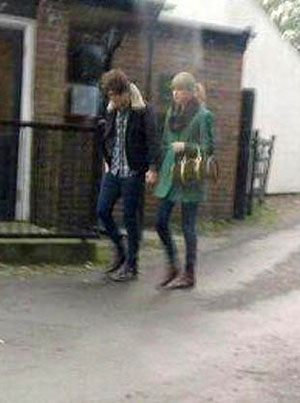 Now this is how you celebrate a birthday…

Taylor Swift turned 23 years old yesterday, y’all! And let us tell you, she had one heck of a celebration. Take notes!

First off, Ms. Swift was nominated for a Golden Globe for her Hunger Games song “Safe & Sound” — not too shabby. Then her music video for “I Knew You Were Trouble” was released, and it also happened to be her 23rd video. And then her not-so-secret boyfriend, Harry Styles, surprised her with a very sweet gesture…

The One Directioner ordered 23 cupcakes for Swift at Chapelford Village’s Custom Cupcake Company. How adorable is that? The company even bumped Harry ahead of the line (holiday season is busy, after all), and despite usually selling 24 cupcakes at a time, they allowed Styles to pick up only 23. Special treatment right there!

The couple then took a drive (and stroll!) though the English countryside and dined at your average, run-of-the-mill pub (captured above). Quaint, cute and down-to-earth.

So Swift’s birthday was a mix of incredible superstardom and a bit of normality. Well done!