This has taken too long. After Modern Family’s Ariel Winter was taken from her mother’s care, a whole storm of accusations came pouring out. But finally the court is resolving the issue. 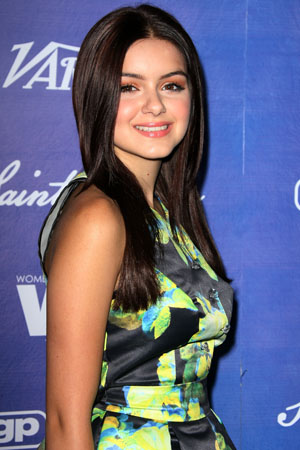 Judge Michael Levanas also decided that the 14-year-old actress’s father, Glenn Workman, will be in charge of her estate for the time being.

Winter was removed from her mother Chrisoula Workman’s care last month after Grey accused her of physical and emotional abuse. Grey’s guardianship was previously extended after evidence of abuse came to light. Chrisoula is accusing her older daughter of using Ariel to gain fame.

Makes our families look so normal.

A status conference on Winter’s guardianship set-up is scheduled for March 29, 2013. Until then, hopefully the family will start getting their act together.

What do you think? Was this the right decision?

The Buzz – Ariel Winter is in Sister’s Care After Court Decision
Ariel Winters is staying with her older sister after judge’s decision.