This is not your usual celebrity gossip. Police have arrested two men connected to a plot to murder Justin Bieber, his bodyguard and two others. 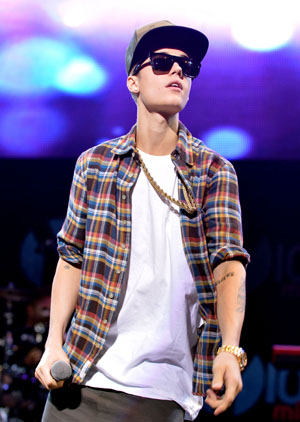 Two fugitives from Albuquerque, New Mexico, arrested last month, are being investigated on suspicion of plotting the murder of four people, including Justin Bieber and his bodyguard.

Mark Staake, 41, and his nephew, 23-year-old Tanner Ruane, were apprehended in Vermont and New York, respectively, and are wanted in Albuquerque on charges of conspiracy to commit murder in the first degree and conspiracy to commit aggravated battery with a deadly weapon.

The duo was reportedly in cahoots with a convicted killer, 45-year-old Dana Martin, who revealed the plot to the police and claimed to have hired the two for the murder while in state prison.

Per official warrant document, Martin ordered all four victims (Bieber included) to be strangled with a paisley tie, which was his “trademark” during his own killing spree. The affidavit also states the first two victims were to be castrated, with Staake being paid $2,500 per testicle. Despite initial reports, the third victim, presumed to be Bieber, was not intended for the dismemberment.

The affidavit reveals that the major target was an individual named “J.B.” and his bodyguard “M.B.,” who was to be killed first. It doesn’t take a genius to figure out what the initials stand for.

Martin told the authorities that he has “become infatuated” with J.B., who happens to hold “a measure of fame.” Martin wrote several letters to J.B., but after receiving no response, perceived it as a prejudice against him because he is an inmate. He then began to plot J.B.’s kidnapping and murder.

Martin has a tattoo of Bieber on his leg.

Scooter Braun, Bieber’s manager, responded to the news, stating, “We take every precaution to protect and insure [sic] the safety of Justin and his fans.”

There you have it. We do believe this calls for tighter security around the Canadian pop star. Scary news right there. Thoughts? Reflections? Opinions?