This is so confusing. Despite initial reports of Lindsay Lohan following The Wanted on tour to Britain, it appears that will not be happening. 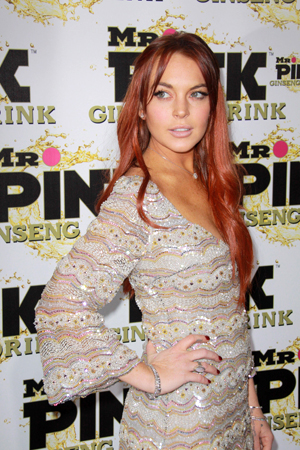 It turns out Lindsay Lohan is no longer tailing British boy band The Wanted overseas.

The actress, who is rumoured to be interested in the band’s singer, Max George, has cancelled her plans to go to London and Dubai to support the group. While initial reports speculated that Lohan’s probation did not permit her to leave the country, it isn’t so.

It appears the reason for the change in plans stems from Lohan’s relationship with George. They are no longer following each other on Twitter, for example, which we assume is a big deal in the world of social networking.

While the actress isn’t leaving the country, she has no intention of attending that Los Angeles court hearing pertaining to her summer car accident. Technically she isn’t required to, but she will have to attend a separate booking date if she doesn’t show up.

Lohan is a riddle wrapped in a mystery… Opinions?