We hope Ariel Winter is enjoying this unnecessary attention and emotional court spats between family members. The actress’s mother has filed a defamation lawsuit against a comment published in the Los Angeles Times. 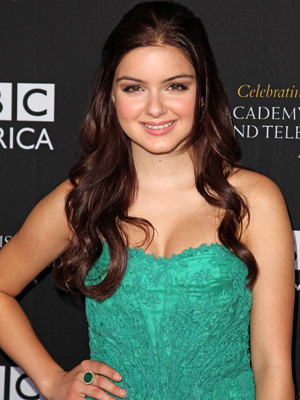 Well, hey… So this drama will not be settled anytime soon. How fun!

Chrisoula Workman, mum to Modern Family‘s Ariel Winter, is quite adamant about staying in the public eye. In the newest development, Workman is suing for defamation over claims of abuse.

Let’s work through this from beginning to end:

So, Workman lost custody of Ariel in October after her older daughter, Shanelle Gray, accused her of physically and emotionally abusing the 14-year-old actress. Workman maintains the claim that Gray is using Ariel to gain publicity for her own acting career. Typical soap opera right there. To top it off, last month Gray’s temporary guardianship of Winter was extended after evidence of emotional abuse was uncovered.

Now that we’re all caught up… Workman is suing Gray’s acquaintance, Matthew Borlenghi, for a comment made in the Los Angeles Times in an article condemningly titled, “Modern Family Actress and Boyfriend Had Unlawful Sex, Mom Charges.”

“The mother is grasping and clawing to find a way not to lose her money-maker, and hide the fact that she is an abusive monster,” read the comment attributed to Borlenghi. “Having spent time with her… these accusations are disgusting, just as she is.”

Borlenghi has not commented on the lawsuit, stating he hasn’t seen it yet.

We’re glad to hear that during these rough times Ms. Workman can focus on the important things like suing for defamation over an unimportant comment, while her daughter’s permanent home is yet to be decided… It’s refreshing, really.

The trial for Ariel’s permanent guardianship is scheduled to start this Wednesday.