An unusual pairing, but we’re excited. Kristen Stewart has confirmed she is on board to star in a Ben Affleck comedy. Yes, she will be a romantic interest. 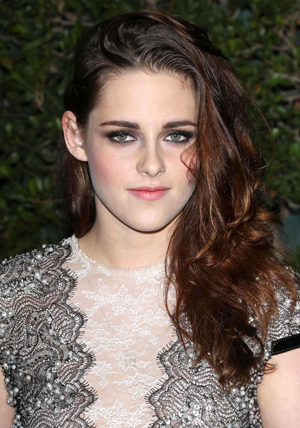 Now that Twilight is finito, this gal is ready to move on…

Kristen Stewart has confirmed she will be co-starring in a comedy, Focus, with Ben Affleck. Interesting combination, no?

“I can confirm that rumour,” the actress told the Huffington Post. “It’s a comedy. I’m really excited about it. We start shooting in April.”

The rumours of Stewart’s involvement began in November, but nothing was confirmed until now. Per Deadline, she is set to play “an inexperienced con artist who hooks up with the more seasoned Affleck.” The two are expected to have some sultry love scenes together.

It will be an interesting dynamic between the 40-year-old Affleck and the 22-year-old Stewart. The actor initially was reluctant to discuss the casting choice but was quite thrilled at the prospect of working with Kristen.

“I’m hesitant to get into casting stuff, because I don’t know what’s finished or isn’t, because people come in and out of things all the time,” Affleck told E! News. “But she’s terrific, and hopefully it will work out.”

And so it has! Are you excited to see these two actors work together? Can Kristen pull off a comedy? Opinionate.