This is when a prank goes too far. The nurse who was tricked by Australian radio show disc jockeys, thus helping to reveal private information on Kate Middleton, has been found dead. 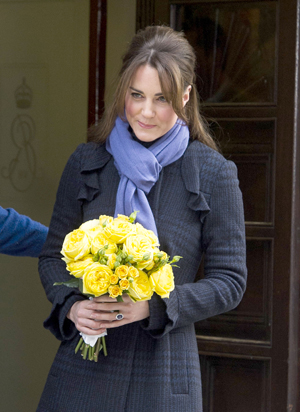 The King Edward VII’s Hospital nurse who found herself on the receiving end of a prank put up by Australian radio show hosts and who inadvertently helped relinquish information on Kate Middleton‘s condition was found dead today in an apparent suicide.

Jacintha Saldanha, who had been working at the hospital for over four years, was hoaxed when two Aussie disc jockeys impersonated Queen Elizabeth II and Prince Charles to elicit private details on the Duchess of Cambridge. Saldanha was the nurse who initially answered the phone call but not the one who released Middleton’s personal information.

Officers found Saldanha unconscious at an address in Central London; she was pronounced dead at the scene. The death is reportedly being treated as unexplained but not suspicious.

“Our thoughts and deepest sympathies at this time are with her family and friends,” said John Lofthouse, chief executive of the hospital. “Everyone is shocked by the loss of a much-loved and valued colleague.”

The duchess was admitted to the hospital on Monday for treatment of acute morning sickness; she was released on Thursday. St. James’ Palace issued a statement on behalf of the expecting royal couple:

“The Duke and Duchess of Cambridge are deeply saddened to learn of the death of Jacintha Saldanha. Their Royal Highnesses were looked after so wonderfully well at all times by everybody at King Edward VII Hospital, and their thoughts and prayers are with Jacintha Saldanha’s family, friends and colleagues at this very sad time.”

Our condolences to the Saldanha family and all those affected. Opinions?