There are many skeptics out there who think The Hobbit trilogy is just a ploy to fill pockets with the gold stuff. But Peter Jackson stands by his craft and will go down with his ship on the grounds of creative liberty. 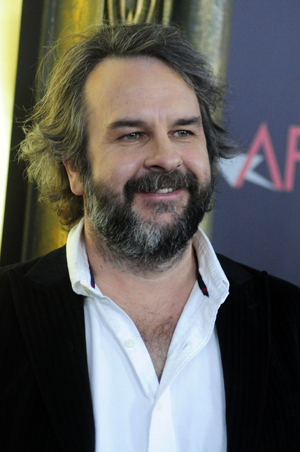 Nobody criticizes The Hobbit and gets away with it. Nobody!

In a storm of accusations purporting gluttony as the chief driving force behind turning J.R.R. Tolkien’s beloved 300-page children’s novel into a film trilogy, Peter Jackson has raised his hand in defence of the plan, claiming money had nothing to do with it.

While the trilogy is guaranteed to be a box office success, the director spoke at the New York City conference in promotion of The Hobbit: An Unexpected Journey and explained the logistics of the cinematic expansion.

“The book is written in a very brisk pace, so pretty major events in the story are covered in only two or three pages,” Jackson stated. “So once you start to develop the scenes, and plus you wanted to do a little bit more character development, plus the fact that we could also adapt the appendices of Return of the King, which is 100 odd pages of material that sort of takes place around the time of The Hobbit. So we wanted to expand the story of The Hobbit a little bit more, as did Tolkien himself. So all those factors combined gave us the material to do it.”

Bam! Jackson is not just some movie peddler. Take that, critics! Ian McKellen, who plays Gandalf in the films, also jumped to Jackson’s defence, stating:

“Anyone who thinks Peter Jackson would fall for market forces around him rather than artistic integrity doesn’t know the guy or the body of his work.”

Keeping the integrity of the novel intact is important to all Tolkien fans, which is why Jackson is the perfect director for this work. We can’t wait to put Martin Freeman to the test as Bilbo Baggins and see our old favourites come back to the screen. The Hobbit comes out on Dec. 14, in case you’d like to pre-order those tickets.

Do you think the trilogy is money-driven or nay? Opinionate.

Stephen Colbert will be in The Hobbit!
AHA and PETA are not happy with The Hobbit
The Hobbit: A trilogy?