As if she wasn’t amazing enough… Angelina Jolie descended from the heavens (via airplane) and visited the Syrian refugees at a camp in Jordan. 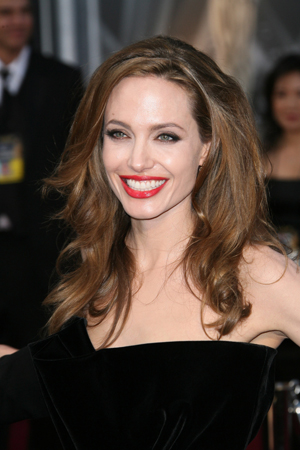 This woman has to be canonized for the work she does for the betterment of the world.

Angelina Jolie made the trip back to Jordan to visit Syrian refugees, as an envoy for the U.N. High Commissioner for Refugees. Pure good, she is…

The 37-year-old actress visited the Zaatari refugee camp in Mafraq to speak to the many refugees fleeing the civil strife in their country. Jolie’s intention is to bring international attention to the lack of adequate aid for the victims of the war; she was at the camp back in September as well.

“I’m sickened by how long and how bloody this conflict has become, devastating a nation and the lives of millions of innocent civilians and threatening to destabilize the entire region,” Jolie stated through a UNHCR press release. “I call on the international community to do everything possible to find a solution to this tragedy and support the struggling humanitarian operations both inside Syria and in Jordan and the other surrounding countries.”

We fully support Jolie’s work and her call to the international community to provide proper help to those fleeing the war in Syria. Opinions?