You’d think prank calls to the hospital where the Duchess of Cambridge is staying at would be more commonplace and easily detected. Apparently not! 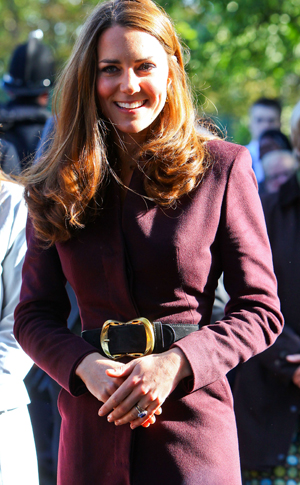 Someone is in some deep trouble…

The hosts of the Australian radio show 2Day, Mel Greig and Michael Christian, may be getting an angry letter from Buckingham Palace any day now, after impersonating Queen Elizabeth II during a prank call to the hospital Kate Middleton is staying at.

King Edward VII’s Hospital has confirmed that a nurse briefly spoke to the radio hosts on Tuesday, whilst under the impression that it was the queen, and revealed private details of the duchess’s condition.

The hospital representative told E! News that the call “was transferred through to a ward, and a short conversation was held with one of the nursing staff. King Edward VII’s Hospital deeply regrets this incident.”

The royal couple announced their pregnancy on Monday, as Middleton was admitted to the hospital due to hyperemesis gravidarum, a severe form of morning sickness. She is expected to remain in the hospital for several more days.

The rep for the inquisitive Australian program stated, “We apologize for any inconvenience caused.”