Hey, want to know what’s awesome? This: Michael Buble and Reese Witherspoon are going to gift us with a duet! People of the world, rejoice! 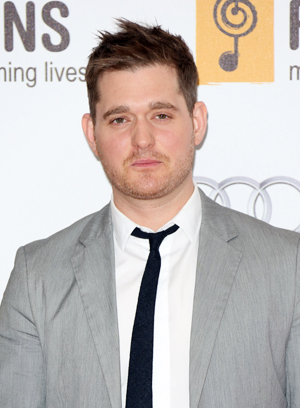 Oh, the Canadian pride within us is burning bright right now!

Michael Buble is going to intertwine his beautiful voice with the vocal abilities of Reese Witherspoon on his upcoming album. They’re recording a duet, y’all!

“By all accounts it would be true,” the singer told U.K.’s Daybreak. “I just really am a big fan, and so myself and my camp, we wanted to do this with her, and we were thrilled that she was excited about it too.”

Witherspoon has shown her singing prowess whilst playing June Carter in the 2005 film Walk the Line. Buble’s album is scheduled for release next year, so we’re expecting to see some studio shots, maybe a leaked demo?

We wonder which genre the two will indulge us in, the lyrics, the dynamics! We are excited beyond explanation. Is it next year yet?

What do you guys think? Witherspoon-Buble duet, yay or nay?