While many Lord of the Rings fans have been waiting for this moment since The Return of the King, they may be a little disappointed. The early reviews of the film are not as favourable as we hoped. 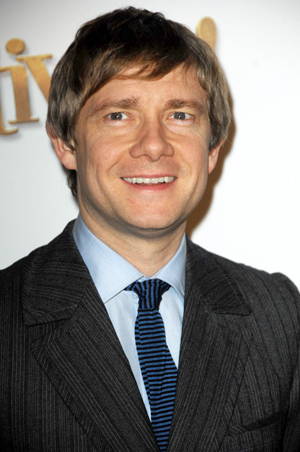 Peter Jackson‘s newest cinematic chef d’oeuvre, The Hobbit: An Unexpected Journey, based on J.R.R. Tolkien’s novel, is a bit of a hit-and-miss with the critics. That combination of words makes no sense to us — how could it be a miss?

The film holds a 75 per cent rating on Rotten Tomatoes currently, which is not spectacular. But let’s dissect some of these reviews, shall we?

Todd McCarthy of the Hollywood Reporter stated that while Jackson successfully “created a purist’s delight,” the film overall is “a bit of a slog, with an inordinate amount of exposition and lack of strong forward movement.”

Alice Tynan of The Vine called The Hobbit “nothing short of a joyous homecoming.” She singled out Martin Freeman’s portrayal of Bilbo Baggins as “perfect” and that his “understated blend of heart and humour proves a galvanizing force throughout the film.”

In contrast, Devin Faraci of Badass Digest called The Hobbit an “enormously frustrating film” that is “oddly paced and way too long.” Faraci also criticized the overuse of CGI, especially in application to characters. He does praise Ian McKellen’s return to his role as Gandalf the Grey, stating, “There’s a playfulness to his Gandalf that reflects the best moments of the movie.”

So, what we have gathered is the film is slow paced with amazing acting and CGI on top of CGI, yes? Considering that Jackson is behind the helm, intricate detailing is expected. The ruminating progression of the plot will either delight the diehard fan of Middle Earth or be glossed over by sheer anticipation of the phenomenal action scenes. We’re still excited.

With the amount of pressure on this trilogy, it’s natural for it to be dissected to its very atoms, but these reviews should be taken with a grain of salt. Most films aren’t judged with as much fervent scrutiny. Mark your calendars, watch the film, and let us know what you thought.

The Hobbit: A trilogy?
AHA and PETA are not happy with The Hobbit
Stephen Colbert will be in The Hobbit!