Well, it’s been over a month since Taylor Swift had a boyfriend… It’s time! The songstress was spotted with One Direction’s Harry Styles at a zoo in New York. 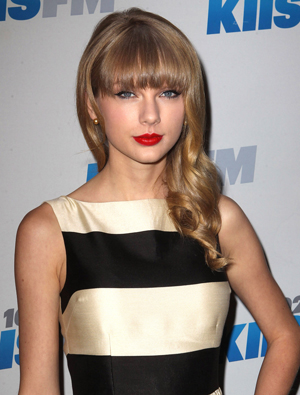 Not Harry too! This woman must be made out of unicorn magic or something…

One Direction‘s Harry Styles was spottified with Taylor Swift at the Central Park Zoo in New York City. Rumour has it these two are somewhat of an item.

The pair was joined by Harry’s stylist Lou Teasdale, her fiance and their daughter, Lux. The five of them roamed the zoo, looking all kinds of adorable.

We can’t help but feel a little emotional during this dark period in our lives… Who doesn’t have a crush on Harry Styles? Swift is just picking out all the beautiful men. What will a Harry breakup song sound like?

The One Directioner was previously spotted backstage when Swift was preparing for her X Factor appearance a few weeks ago. Reportedly the two were very friendly, and Harry even sat with Swift’s mum during the performance. So are they? Aren’t they?

We need a confirmation here. Until then, we will hold on to hope. Opinions?