After a brief week of absence from the great Twitter, Chris Brown has returned. He’s also been keeping busy with his Instagram, posting some interesting Rihanna photos. 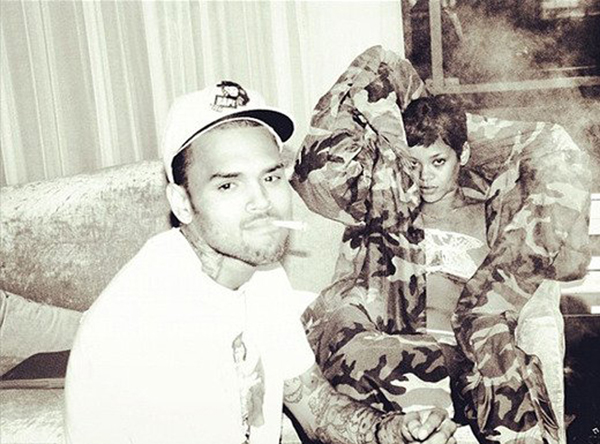 We love when we’re right.

Behold! A week hath passed, and Chris Brown is back on Twitter. Shocking…

The 23-year-old singer reactivated his Twitter account on Sunday after briefly deleting it following an online verbal battle with comedian Jenny Johnson.

Alas, no tweets to marvel at for now. All of Brown’s previous posts have been deleted, and he’s yet to break the tweeting silence. The singer has been quite active on his Instagram account, though. On the same day as the reactivation extravaganza, Brown posted a photo of himself and half-naked Rihanna, with the caption, “What would music today sound like if these kids didn’t exist?”

We’re assuming he’s looking for a more complex answer than “exactly the same.”

Nonetheless, this adds to the collection of Brown-Rihanna photo collectibles fuelling the relationship rumour mill, including a shot of the songstress hugging Breezy and another of him shirtless, passed out on a bed. No confirmation or denial has been made.

Think what you will. All that’s important here is that we called his return to Twitter within the week, and we were right. Where’s our prize? Opinions?