As excited as we are for the show, it would be about a million times better with the full cast coming back. Alas, it is not so. The Boy Meets World spinoff, Girl Meets World, is coming our way sans Rider Strong. 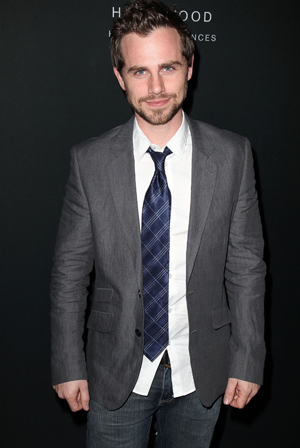 This will be quite a blow to all the Shawn lovers out there.

It turns out not everyone is as excited about a Boy Meets World spinoff — aptly named Girl Meets World — as we are. Actor Rider Strong, who played Cory’s best friend Shawn in the popular Disney channel series, will not be reprising his role.

We simply cannot understand that statement…

On Monday the Disney channel confirmed that Ben Savage (Cory) and Danielle Fishel (Topanga) will be returning to their former roles in Girl Meets World.

“We can confirm that Ben Savage and Danielle Fishel will reprise their hugely popular roles of Cory Matthews and Topanga Lawrence, this time as a happily married couple and parents to 13-year-old Riley, from whose point of view the story is told. The pilot is still in the very early stages of development with creator and executive producer Michael Jacobs, Emmy Award-winning creator/producer behind Boy Meets World, My Two Dads and Charles In Charge, among others. A nationwide casting search is underway [sic] for the starring role of Riley Matthews.”

Alas, Shawn — erm, we mean Rider Strong — has not signed up for this pony ride, although he isn’t opposed to a few guest appearances.

“There might be a chance to see some of the BMW cast in a guest spot,” the actor stated on his website, “and I think it would be nice to find out where our characters have been all these years.

“I am extremely happy for Ben and Danielle to be able to continue the story,” Strong continued. “Girl Meets World will be, and I think it should be, it’s [sic] own show. It will be about Cory and Topanga, their daughter, and a new set of characters. It’s the next generation. And I, for one, can’t wait to see it evolve.”

He’s just breaking our hearts! Who did not have a crush on Shawn Hunter and his bad-boy ways? Show us that crazy person…

Would you want Strong to make a few appearances on the show or good riddance (don’t you dare say that!)? Opinionate.

Humour and humility on The Bachelor‘s After the Final Rose
BBC’s Merlin is concluding after five seasons
Chevy Chase leaves Community!