Too many changes on this show… Charlie Sheen is gone, and now Angus T. Jones is planning to leave. After the actor’s public outburst of anger toward the series, rumour has it he shan’t be returning. 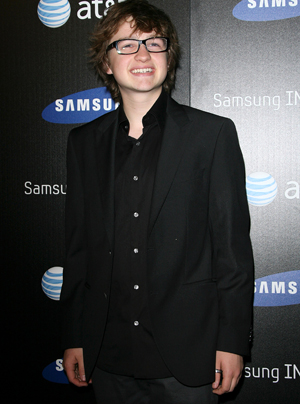 This tends to happen when one embarrasses oneself…

Two and a Half Men actor Angus T. Jones is rumoured to have one foot out the door and is not planning to reprise his role as Jake in the next season of the popular CBS comedy.

The news/rumour comes shortly after his little outburst in an interview for Forerunner Chronicles, in which he called Two and a Half Men “filth” and urged viewers to “stop watching it.” Jones also raised the issue of his declining presence on the show, having appeared in only a handful of episodes in season 10.

Jones, along with Jon Cryer and Ashton Kutcher, all have contracts through season 10. If CBS chooses to pick up the show for another season, the 19-year-old actor is unlikely to return. The studio has not made a decision yet regarding Jones’ public outburst. We wonder if they’ll honour his contract…

Jones is not actually expected to return to film the rest of the season; he was not scripted in. We’ll see what shall happen for season 11.

What do you think? Will Two and a Half Men float without Jake? He’s in the title, after all…