There is no such thing as too much Hugh Jackman, yes? The actor is in talks to return to X-Men as Wolverine, and all the women of the world must rejoice now. 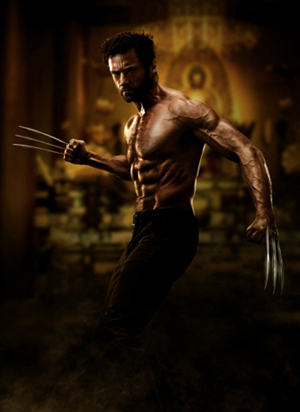 Wonderful news, everybody! Hugh Jackman‘s abs may return to the big screen!

The 44-year-old Australian actor is in talks to return to his role as Wolverine in Bryan Singer’s X-Men: Days of Future Past, which is — wait for it — a sequel to the prequel (X-Men: First Class) to the original X-Men film trilogy. Are you still with us?

If you’re wondering, “Gee, how many X-Men movies are there?” That is an excellent question! There’s the original X-Men trilogy, then X-Men Origins: Wolverine — which comes with its own sequel, The Wolverine, to be released in 2013 — then the prequel X Men: First Class and this new sequel, X-Men: Days of Future Past. Simple, right?

As far as we know, Patrick Stewart and Ian McKellen are joining the cast of this prequel sequel, along with Jennifer Lawrence, Michael Fassbender, Nicholas Hoult and James McAvoy.

Hopefully Jackman is on board with this film and we shall see him prancing around shirtless yet again. And yes, even with those almost attractive sideburns plastered on his beautiful face.

Hugh Jackman on being abandoned by mother
Hugh Jackman does “Gangnam Style”!
Les Miserables: The plot, cast and musical fun!