Alec Baldwin’s stalker, Genevieve Sabourin, was arrested again right outside the courtroom after a hearing on those harassment charges. 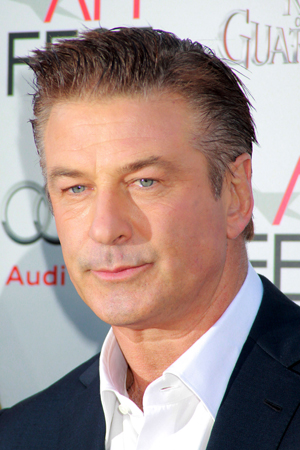 Oh, the pride of Canada, glowing and beaming…

Genevieve Sabourin, the Canadian woman accused of stalking Alec Baldwin and alleging to have had a romantic relationship with him, was arrested yesterday for reasons unknown after a hearing at the New York Supreme Court.

Sabourin (an actress), who met Baldwin on the set of The Adventures of Pluto Nash, was previously arrested for harassment and stalking back in April, and yesterday she yet again found herself in handcuffs, this time before she even had the chance to leave the courthouse.

The actress’s new lawyer will have to work some magic now. Sabourin’s previous attorney requested to be removed during the hearing, stating his client was behind on payments and was not accepting his advice about not speaking to the media.

Sabourin was issued a restraining order forbidding any contact or proximity to Baldwin in April. We can’t help but wonder why she was arrested this time.

Baldwin has not made a comment on the matter yet.