Did you know that Adele is amazing? Of course — everyone does. The singer’s second album, 21, has just popped over the 10-million-copies-sold line and is now diamond certified. 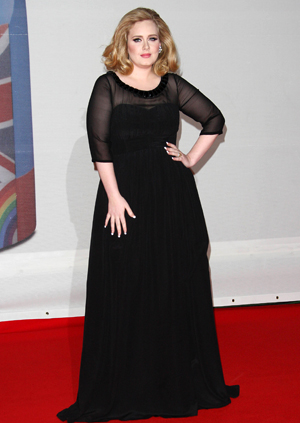 So you fancy, huh?

As if Adele needed more reasons to be proud and feel accomplished. She has joined the circle of the musically privileged, earning a diamond certification for her album 21.

That’s right. Adele’s album has surpassed the 10-million-copies-sold mark in the United States, thus earning her this honour. In terms of statistics, since Nielsen SoundScan began documenting album sales data in 1991, only 21 albums have ascended to diamond certification. This elite club includes ‘N Sync’s No Strings Attached and Alanis Morissette’s Jagged Little Pill… Adele is in good company there.

Another fun fact: There have been only eight albums (21 included in that number) that have sold over 10 million copies within two years of release. This girl is cray-cray.

We’re not exactly surprised, though. Adele’s album spent a whopping 80 weeks in the Top 10 on Billboard’s 200 album chart. That is quite a feat. We’re picking up what this chica is laying down.

No announcements about album numero tres have been made, but we’re hoping it’s a-comin’. Opinions? Musings? Reflections?

Adele is “total opposite” of her songs, tells Vogue
Adele welcomes a son!
Adele is pregnant!