Warms our hearts, this guy. After a heated exchange of tweets between Chris Brown and writer Jenny Johnson, the singer abruptly deleted his Twitter account. 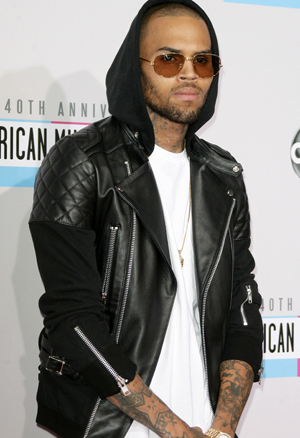 These celebrities have no dedication to Twitter anymore… Just toss it when they’re done, eh?

Chris Brown deleted his Twitter account — yet again — after a potty-mouthed tweeting spat with comedy writer Jenny Johnson. Oh boy, this is going to be vulgar.

It all began when Johnson responded to Brown’s tweet, saying, “I know! Being a worthless piece of s*** can really age a person. RT @chrisbrown: I look old as f–k! I’m only 23…”

Of course, being a true gentleman, Brown jumped on this tweeting pony and replied, “I know! Being a worthless piece of s*** can really age a person. : take them teeth out when u Sucking my d*** H-E.”

Per E! News, the back-and-forth profanities continued, with Johnson continually correcting Brown’s spelling and referring back to the 2009 Rihanna assault, and with the 23-year-old singer dedicatedly insulting the writer right back. How sweet…

We give him a week at the most. They always come back.

What do you think? Opinionate!