What better way to say thanks than to have a baby? Jake Owen and wife Lacey Buchanan brought a little country girl into this world on Thanksgiving. 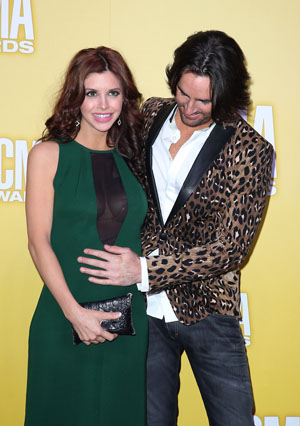 Aw, this is indeed a time for giving thanks!

While most Americans were down at the big ol’ dinner table, passing turkey and mashed potatoes, Jake Owen and wife Lacey Buchanan were welcoming their first child together, a wee petite girl. Not too shabby!

This little bundle of joy came into the world weighing 6 pounds and 3 ounces. What’s her name, you may ask?

Say “howdy” to Olive Pearl! You have to admit, this traditional name with a cute twist is perfect for the 31-year-old country singer’s daughter. Yes? Yes.

“Lacey and I are so excited to start our own family,” Owen told E! News through a statement. “We are looking forward to teaching Pearl everything we learned from our parents and also learning from her.”

The couple has been married since May after being engaged for a little over a month. Owen famously proposed to Lacey onstage during a concert in Florida back in April.

There you have it. What do you think of the little one’s name? Sharesies.

Jake Owen is going to be a dad!
Jake Owen proposes to girlfriend onstage!
Flaming Lips singer caused mayhem at an airport!