Everyone’s favourite man to quote shall not be amusing us anymore. Chevy Chase has officially departed from the comedy series Community and has no plans of returning. 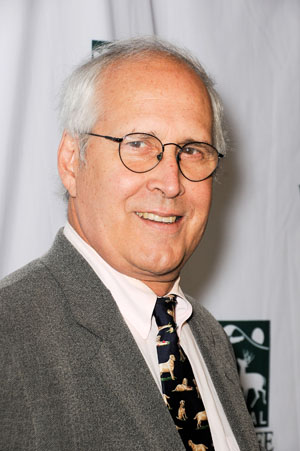 After three seasons and the filming of almost the entire fourth, Chevy Chase is saying adieu to the NBC comedy Community.

The 69-year-old actor is exiting the show through a mutual agreement, effective immediately. The vast portion of the show’s fourth season has already been filmed, but Chase will be absent for one or two episodes. There is no word as to whether the actor’s parting will be written into the show, but the finale has already been filmed. So fear not, he is there at the end!

Chase’s departure should not really come as a surprise considering he’s been pouncing on the show for a while now. He has voiced his displeasure with the direction his character was assuming, and then he dropped the N-word on the show’s set whilst criticizing a particular dialogue in a scene. Of course, then there is the conflict between Chase and Community‘s creator, Dan Harmon, which came complete with the leaking of an angry voice mail from the actor, which eventually cost Harmon his job. What happened to good old-fashioned arm wrestling? It used to solve all problems…

The show is scheduled to return on Feb. 7. Hopefully Chase’s exit will usher in an era of peace on the set of the series.

Game of Thrones season three teaser trailer
The bachelorettes have it out on Women Tell All
Kelsey Grammer’s Boss cancelled!