The finale of The Bachelor Canada has finally arrived! Brad Smith certainly had polar opposites in his final two, so who did he choose? Bianka or Whitney? 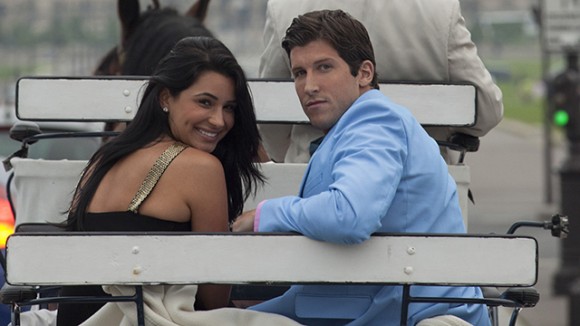 Brad’s family were not fans of Whitney

Upon meeting Brad’s family, Whitney became surprisingly shy. And though they thought she was an amazing girl, they didn’t think she was amazing for Brad. All of this prompted Brad to say, “I’m really into her. I just don’t know if I can handle her.” Yikes.

Is Bianka too good to be true?

You know your first meeting with a guy’s family has gone well when their only concern is that you seem too great. Fortunately Bianka managed to convince Brad’s protective sister that she truly does care for him, and her words were so polished simply because she was being honest.

Between sea kayaking last week and playing polo this week, Bianka has had her share of challenging dates. But they always seem to bring her and Brad closer, and that’s what really counts! She may have been hesitant about the whole thing for the first half of the journey, but she was all in tonight. She was even brought to tears at how happy she was with him.

Whitney and Brad did not have the greatest final date

Despite having one of the most romantic date set-ups yet, sailing around on a yacht is not enough to take away the complexities of Whitney and Brad’s relationship. Between Brad worrying Whitney will never open up and Whitney accusing Brad of being defensive, their final date did not go well.

When confronted with a breakup, go for a walk?

After deciding that he and Whitney just weren’t meant to be, Brad decided to let her go before the rose ceremony. But when he showed up at her place, she closed the door on him. And then opened it. And then walked away from him. It was all very confusing. But the long and short of it was they both agreed a proposal was not in their futures and parted ways.

Bring out the ring!

The suspense element of the final proposal may not have been there since Whitney was already out of the picture, but it was still every bit as exciting and romantic as expected. Brad tearfully proposed, Bianka tearfully accepted, and they strolled off into the sunset. The perfect ending!

Tune in next week for After the Final Rose to see how Bianka and Brad are doing!