Modern Family’s Ariel Winter has always stayed under the radar, but now she is slapped all over the news. The 14-year-old actress shall remain under her sister’s care as investigators uncover evidence of emotional abuse. 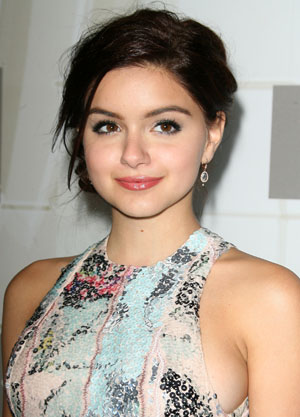 So Ariel Winter’s life can currently be summed up with one word: drama.

The Modern Family actress’s custody has been extended to her sister, Shanelle Gray, for another few weeks, after investigators from the Los Angeles County Department of Children and Family Services uncovered evidence of possible emotional abuse inflicted by mum, Chrisoula Workman.

Judge Michael Levanas stated that emotional abuse has taken place, but the investigation of physical abuse is still under way.

Winter was removed from Workman’s care this month, while her sister, Shanelle, is fighting for full guardianship of the 14-year-old actress. Workman denies all allegations and is backed by Ariel’s older brother, Jimmy Workman.

Chrisoula Workman has previously claimed Ariel is simply rebelling because she interfered with the actress’s relationship with an older boyfriend. But Ariel has broken off the relationship since then. Workman also alleges that Shanelle is using Ariel to forward her own acting career.

Draaaaaama. The trial is set for Dec. 12. Until then, we wait!