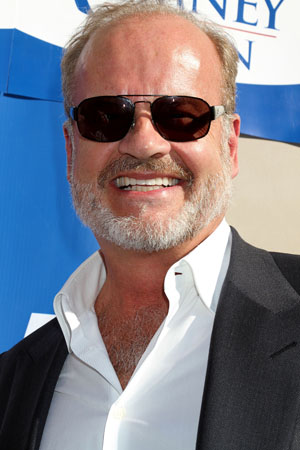 We suppose he will not be elected for another term…

The political drama Boss, starring Kelsey Grammer, has been cancelled by Starz after two seasons, due to poor ratings.

“After much deliberation, we have made the difficult decision to not proceed with [a third season of] Boss,” the channel said in a statement on Tuesday. “We remain proud of this award-winning show, its exceptional cast and writers, and are grateful to Kelsey Grammer, [creator] Farhad Safinia and our partners at Lionsgate TV.”

The series has been praised by critics and even earned a Golden Globe nomination. Grammer actually picked up a Golden Globe for his performance in the show. Boss is focused on the mayor of Chicago, Tom Kane (Grammer), who is unexpectedly diagnosed with Lewy body dementia and attempts to conceal it from those around him. Sounds intense, no?

Starz is in talks to conclude the series with a two-hour movie at the end of the second season. Nothing is confirmed yet.

Grammer has already signed up to appear alongside Kyra Sedgwick in Reach Me.

What do you think? Are you sad to see Boss go? Two-hour movie conclusion, yay or nay?

Did Kelsey Grammer run out on Piers Morgan?
The bachelorettes have it out on Women Tell All
Game of Thrones season three teaser trailer