He’s done a whole lot of good for that team, but it’s time to move on… David Beckham is leaving the L.A. Galaxy to pursue bigger and better things. 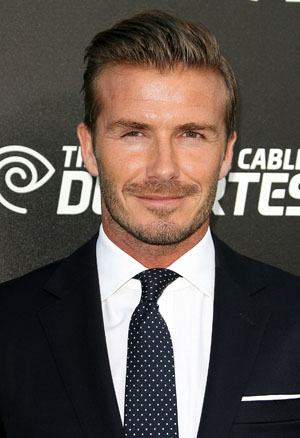 Alas, the L.A. Galaxy will have to learn how to stand on its own two legs… David Beckham is departing the team.

The MLS Cup 2012 on Dec. 1 shall be Beckham’s (a midfielder) last competitive game with the club, although he still plans to support the Galaxy.

“I’ve had an incredibly special time playing for the L.A. Galaxy. However, I wanted to experience one last challenge before the end of my playing career,” the soccer star stated. “I don’t see this as the end of my relationship with the league, as my ambition is to be part of the ownership structure in the future.”

Beckham has been with the team for six seasons, appeared in 98 games, scored 18 goals and lassoed 40 assists, making him the fourth most successful player in the club’s history.

The soccer player managed to redefine the team and placed it on the North American soccer map. What is the Galaxy going to do sans Beckham? Only the future can tell.

No word yet as to what the sultry athlete is planning to do now, but rumour has it that several other teams are already ogling him.

He can always stick to those underwear ads… Or he can stay at home with the kiddies and wifey, Victoria Beckham. Not too shabby. Opinions?